An interesting paper by Lumb and colleagues recently appeared in J. Med. Chem. By way of background, approximately 15 years ago, Brian Shoichet published a provocative article, in which he presented evidence that promiscuous inhibitors often work by forming aggregates:

This was a landmark paper because it unveiled a plausible cause of false positives in high throughput screening. The formation of such false positives had nothing to do with any special protein/small molecule interaction but was, instead, a non-specific effect. The community took this to heart and went a bit overboard, as we always do, seeing potential aggregators in all sorts of settings. Lumb and colleagues present evidence that aggregate formation and specific molecular level interaction may not be mutually exclusive. This work provides an example of aggregation-based inhibition of a protein–protein interaction involving tumor necrosis factor α. The reported capacity of small molecule ensembles to mimic protein surfaces is super cool. Unfortunately, the pdb file has not been released yet, so forgive me for not providing my usual pretty picture to accompany a structural biology post. You do have an option to see some nice views of the crystallographically characterized complex in the paper. There are 5 (!) inhibitor molecules that clump together into an aggregate in this crystal, replacing an entire protein subunit. I am not sure that there is a general lesson here, but I love seeing exceptions from the rules.

I have not been able to write my posts for a while, which is partly due to travelling and partly to my attempts to finish up some papers while carrying on with teaching duties. I visited UC Davis and UC Merced two weeks ago. Dean Tantillo (Davis) and Ben Stokes (Merced) made this visit into a memorable stay. In the middle of that week came a dreadfully sad moment when I found out about the passing of George A. Olah, one of my PhD mentors. A lot has been said about George, particularly in recent weeks. His science has had transcending impact on organic chemistry and not a week goes by without me mentioning some of his insights in my 2nd year organic chemistry class. In particular, I refer to the concept of stable ion conditions. I cannot think of a more lucid idea that explains how an electron-poor intermediate such as carbocation can be made to persist in the liquid phase. I fondly recall our group meetings, where George’s lightning fast mind was on display. He was a towering figure and a true gentleman, who always came to lab impeccably dressed with a suite and tie, which is not something we do these days. Apart from this air of elegance, George was always eager to share his wisdom with students, who benefited tremendously from his wit. I could use many superlatives in describing George, but, upon reflection, one thing stands out: he was one of those people whom you do not want to disappoint. I will miss Professor Olah dearly. 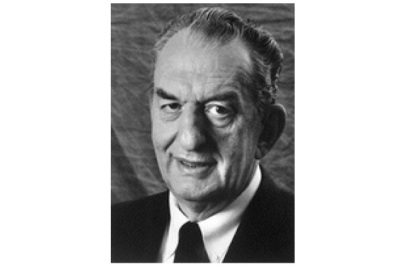 Deciphering the structures of random reaction by-products is rarely on top of our “to do” list. This avoidance is understandable because constant pressure to move toward the stated goal makes us focused, which is both good and bad. Noticing reaction by-products is how one makes important breakthroughs, yet the chances of finding something truly spectacular in the “noise” are not in one’s favor.

As a research advisor, I love learning about crude NMRs. But I am also aware that our resources and bandwidth to pay attention to what comes our way are not limitless. This inevitably leads to (un)healthy skepticism. A recent paper in Organic Process Research and Development stopped in my tracks the other day because I clearly recall hearing about allene formation (by NMR) in one of our peptide coupling reactions. This observation was made while analyzing the reaction by-products and I dismissed it as “OK, the NMR might suggest there is something like an allene but it is unlikely, so let’s move on”. In the case of Knapp and colleagues, the acid used in the coupling process did lead to an allene. There is even a crystal structure of the product reported (it is a complex structure, so I am avoiding it here). The mechanism of allene formation is cool and involves ketene formation. I am not saying that definitive identification of a similar structure in our reaction several years ago would have affected the line of research we had been pursuing at that time, but I just wish we all had more time to dwell on what’s brewing in our flasks. Incidentally, I think it was BASF that has been pushing T3P as a fairly inexpensive reagent for amino acid coupling. It is a nice little molecule.